Madrigal are a small-batch brewery with an artisan ethos, brewing in Lynmouth, a picturesque village on the rugged coast of Exmoor.

They Work out of a 19th century coach house, producing nine hand-crafted ales ranging from refreshing wheat beers to complex old ales and using culinary flourishes such as cacao nibs and coriander.

They don’t believe in adding finings to theirbeers, which means that they’re vegan friendly too.

Madrigal Brewery ales capture the unique spirit of the area and are as inspiring as the wilds in which they are created. If you are exploring Exmoor give them a visit and their small shop in the courtyard of Lynmouth Manor House, at the easternmost end of Lynmouth beach.

Made using the finest natural ingredients, Garland was created for those post-surf summer evenings when all is well with the world. Expect a laid-back wheat beer with hints of fruits from the Tropics. 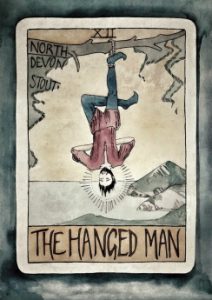 The Hanged Man is one of the most powerful symbols in tarot. He also lends his name to two local landmarks – the Little and Great Hangman hills above Combe Martin. Our aged stout is devoted to the spirit of these hills, where Exmoor falls to the sea.

The monkey’s fist is a nautical knot beloved by smugglers and sea captains alike – much like this finely crafted old ale. A blend of four malts is expertly tied together with First Gold and Minstrel hops, and just a touch of chocolate and orange.

Logic and reason have their place, but it’s not North Devon. Unseen forces hold sway here, which may be why we concocted this delicious IPA made with New World hops and Old World soul.

We like the wheatear. Not only does it look like a bandit, but its arrival from sub-Saharan Africa signals an end to the darkest days of winter. Our ode to the bird is made with fresh ginger and coriander – perfect for those in need of a little seasonal refreshment.

The sea can be a harsh mistress – shimmering one moment and raging the next. We’ve tried to capture something of her capricious nature in this unique ale, made using four English hops and a dash of spicy rye malt. 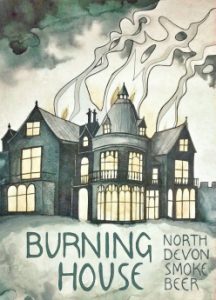 The rocks of Lee Bay and Baggy Point are etched with the imprints of creatures from the Devonian period. These fossils inspired us to create our own evolutionarily distinct beer – a well-rounded amber ale hopped with adaptive Amarillo.

Severed hands make a fairly regular appearance in European folklore. The creeping dread they inspire keeps some people awake at night – but not us. We’re awake anyway, brewing beers like this velvety porter.

View all
We use cookies to ensure that we give you the best experience on our website. If you continue to use this site we will assume that you are happy with it.Ok