Now Halloween and Bonfire Night have finished I think we are allowed to get excited and stressed in equal measure about the biggest family day of the year, yes Christmas.

The shops are full of Christmas gifts (although they seem to have been since August) and I am already feeling the pressure of hosting the big day for the first time with extended family. I do have to say though, i absolutely love it, it really is my favourite time of year.

Apart from the unwrapping of presents, the Christmas Lunch is the highlight of the day, so this year I thought i would try and keep everything as local as possible for my Christmas Lunch ingredients, so below are a selection of places where you can get your ingredients from North Devon and Exmoor. 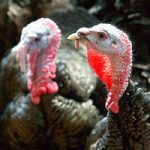 Fenton Farm Poultry is situated on the Somerset / Devon border at Holcombe Rogus, they are a family run farm specialising in poultry.

They have a long tradition of rearing turkeys, both for sale as day olds and month old growers and as oven ready turkeys which they sell to local retailers and direct from the farm at Christmas.

North Devon free range turkeys – locally produced on their own Georgeham Farm. At Christmas they produce their own free range Bronze turkeys. Bronze turkeys get their name from their distinctive plumage which has a bronze sheen when viewed in certain lights. These are hardy animals that like the outdoors and plenty of space.

Robinson’s Smokehouse is situated on the outskirts of the beautiful village of West Buckland.
​Their retail outlet was once a Storage Barn which has been painstakingly renovated. Their Smokehouse has been purpose built on site and visitors are welcome to see how the process of smoking works.​ Their Smoked Salmon
cold then hot smoked and available either as fillets or whole. 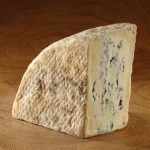 The product range produced by The Exmoor Blue Cheese Company used to be just sheeps milk but now extends to include other cheeses made from Jersey milk (Somerset Blue and Partridge’s Blue) plus goat, sheep and Buffalo milk cheeses. THe Exmoor blue cheese  is a full-fat, medium soft, creamy blue cheese, weighing approximately 1.25kg. A ‘baby’ size weighing approximately 500g ideal for the cheeseboard, is also available. It has a natural creamy-yellow colouring from the rich Jersey milk and a natural rind, while the buttery flavour is overlaid by a tangy blue, a combination which lingers deliciously in the mouth.

Waterhouse Fayre produce a considerable quantity of jam annually, but they still only use small batches in their preserving pans.   Everything is made traditionally, as you would if you were making it in your own kitchen. Some of their recipes are third and fourth generation and Ann, the owner,  has created many herself with a modern twist. THey have produced a Cranberry Sauce with Orange and Port, which goes amazingly well with the Turkey.

We use cookies to ensure that we give you the best experience on our website. If you continue to use this site we will assume that you are happy with it.Ok